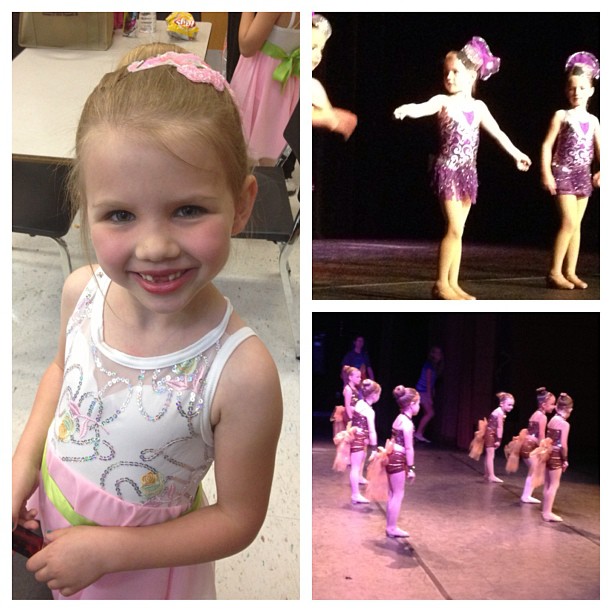 We made it through the Dance Year!
90 minutes of class each week, learning all kinds of new moves! This year she took 3 classes, ballet, tap and jazz. 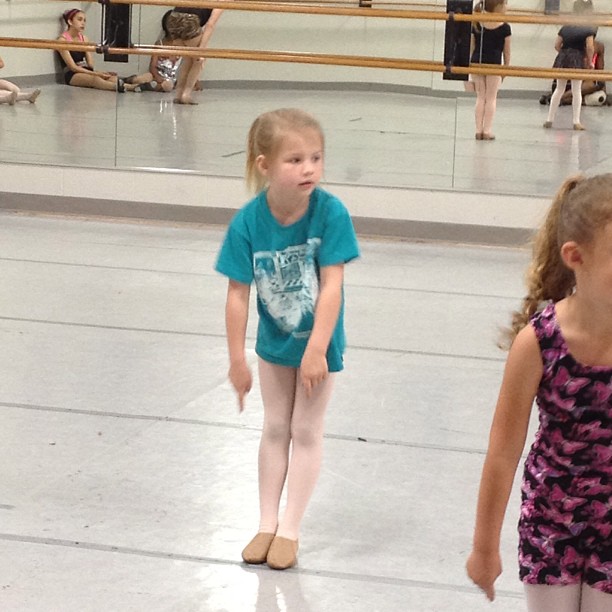 Two weeks before the show we were at the studio for about 3 hours for show rehearsals. Long nights, but worth it...the girls were really tightening things up.

Then full dress rehearsal the night before the recital "on stage". Abby loves going to the "big stage"!
Recital landed on the last 2 days of school as well so it was a whirlwind! They were half days thankfully, but between the end of year programs at the school and all the recital stuff at night, I just took those days off work. I can do a lot, but I can't create extra time out of thin air, so I know my limit! lol
In the afternoon, we had a flurry of activity at home, putting her super fine silky hair into a bun, and putting make up on. This is our third recital and I still have a hard time with the idea of putting mascara on her. But, I get the whole "stage makeup" look, and it's true...as bright as the stage lights are, she would completely fade away without the make up. But it came off as soon as we got home! lol

Here she is, all dolled up for her first number, "Calendar Girls". My little sassy tapping princess proudly showing off her missing front teeth! :) 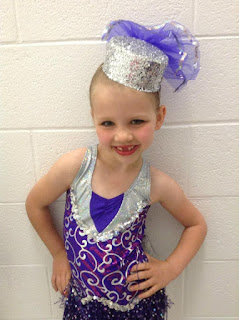 Then waiting in the hall backstage before their favorite number, "Hot Chocolate" (from the Polar Express). 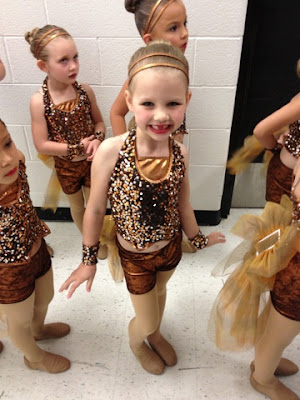 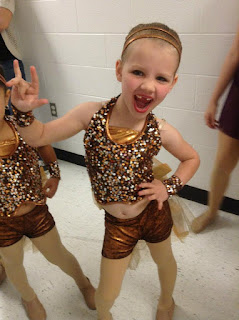 From lots of classroom practice: 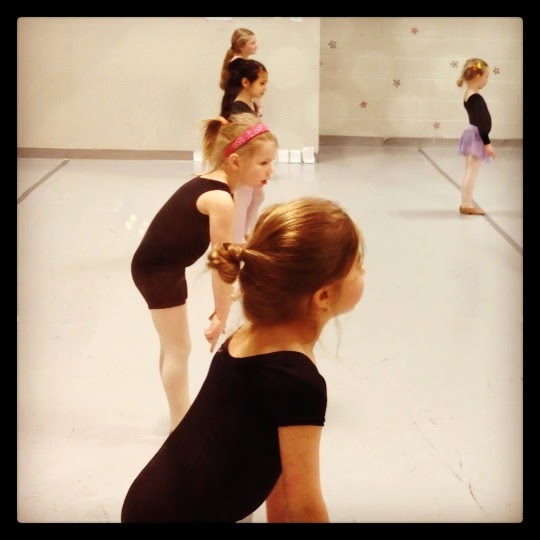 To performing it on stage! 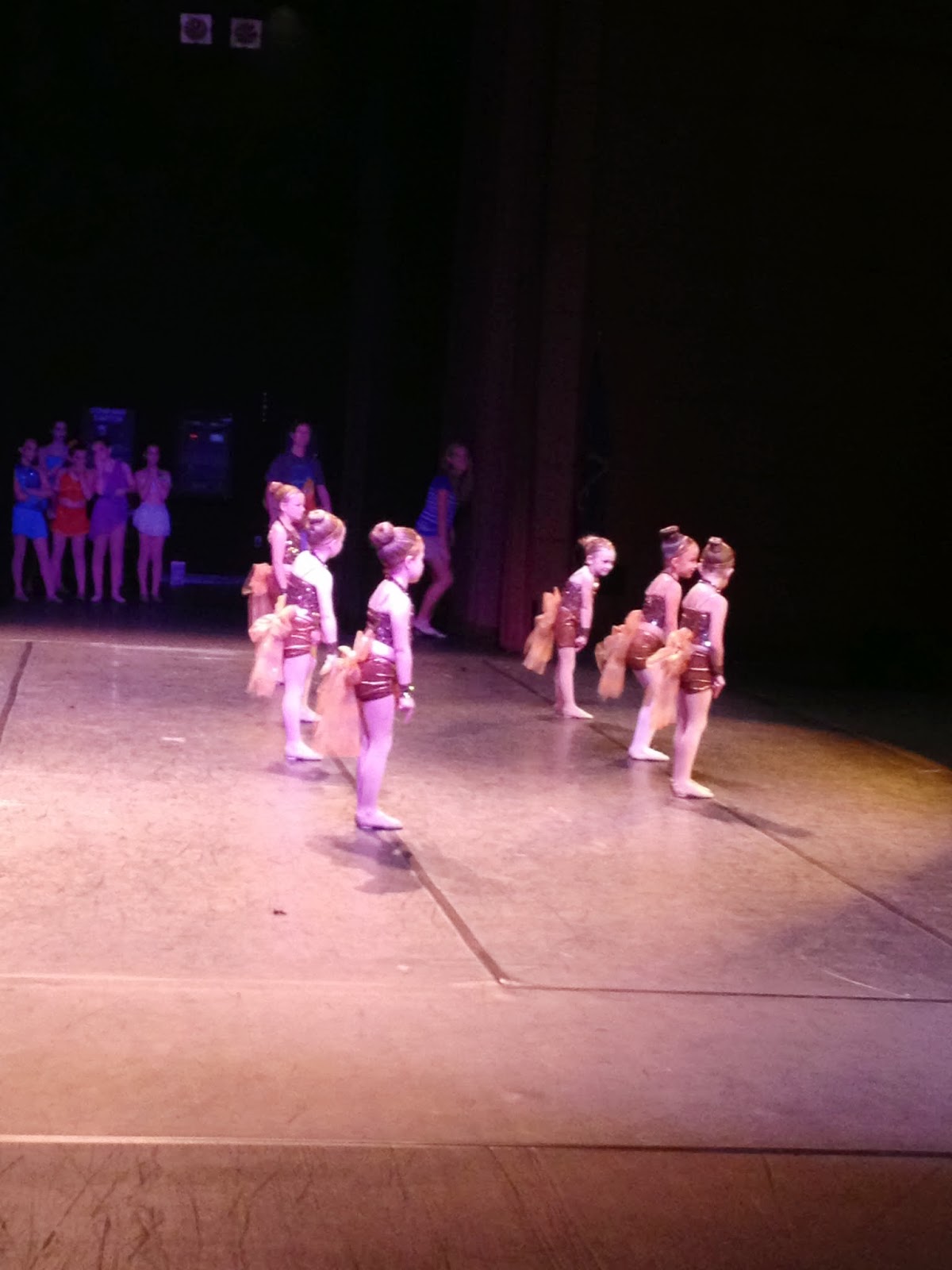 And more waiting backstage...this time in the "green room", where the moms in our class had set up a corner full of blankets, coloring books, paper, a DS, an iPad, and of course snacks! :) 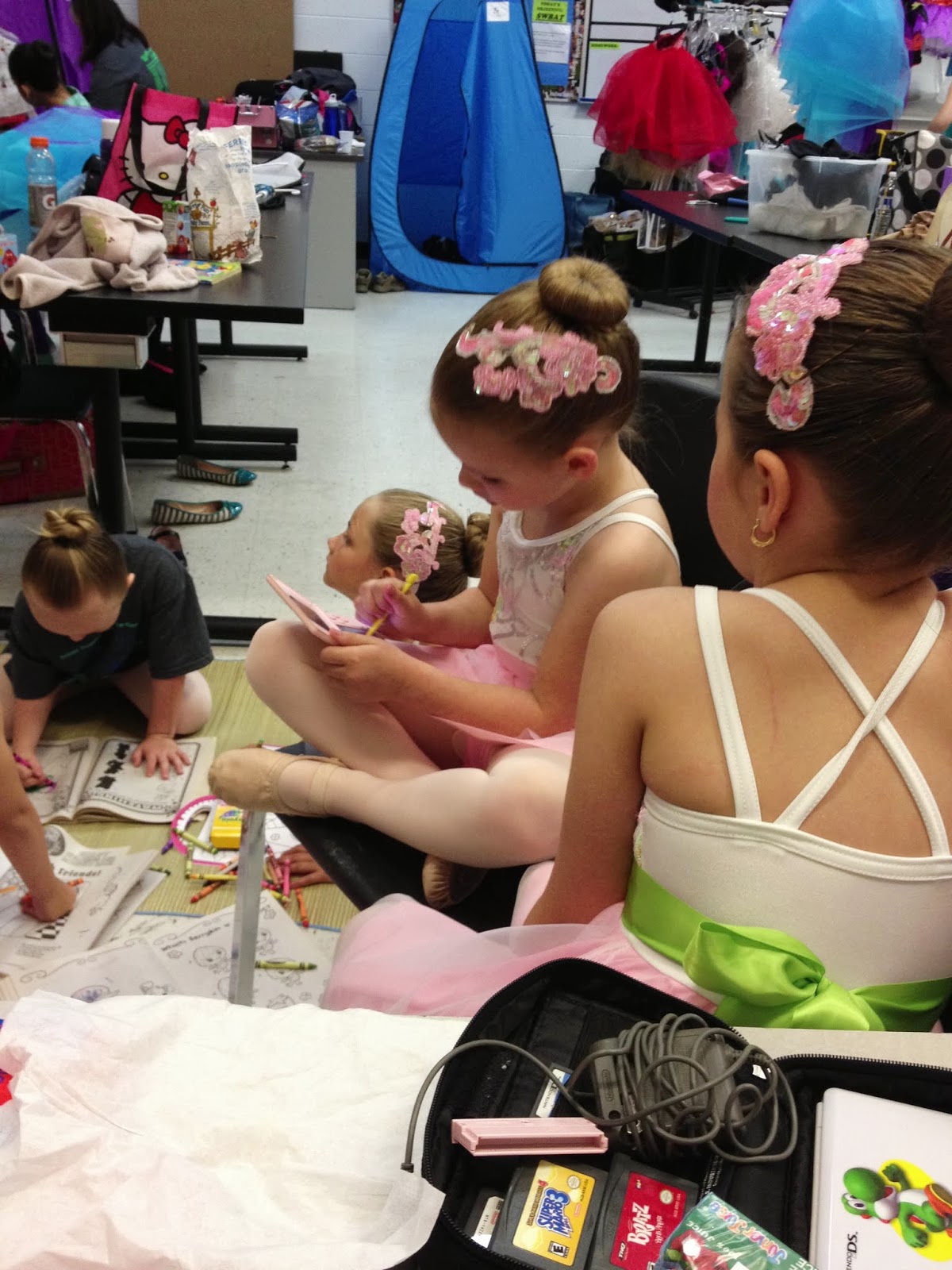 Getting some good luck from her teacher, Miss Karen! 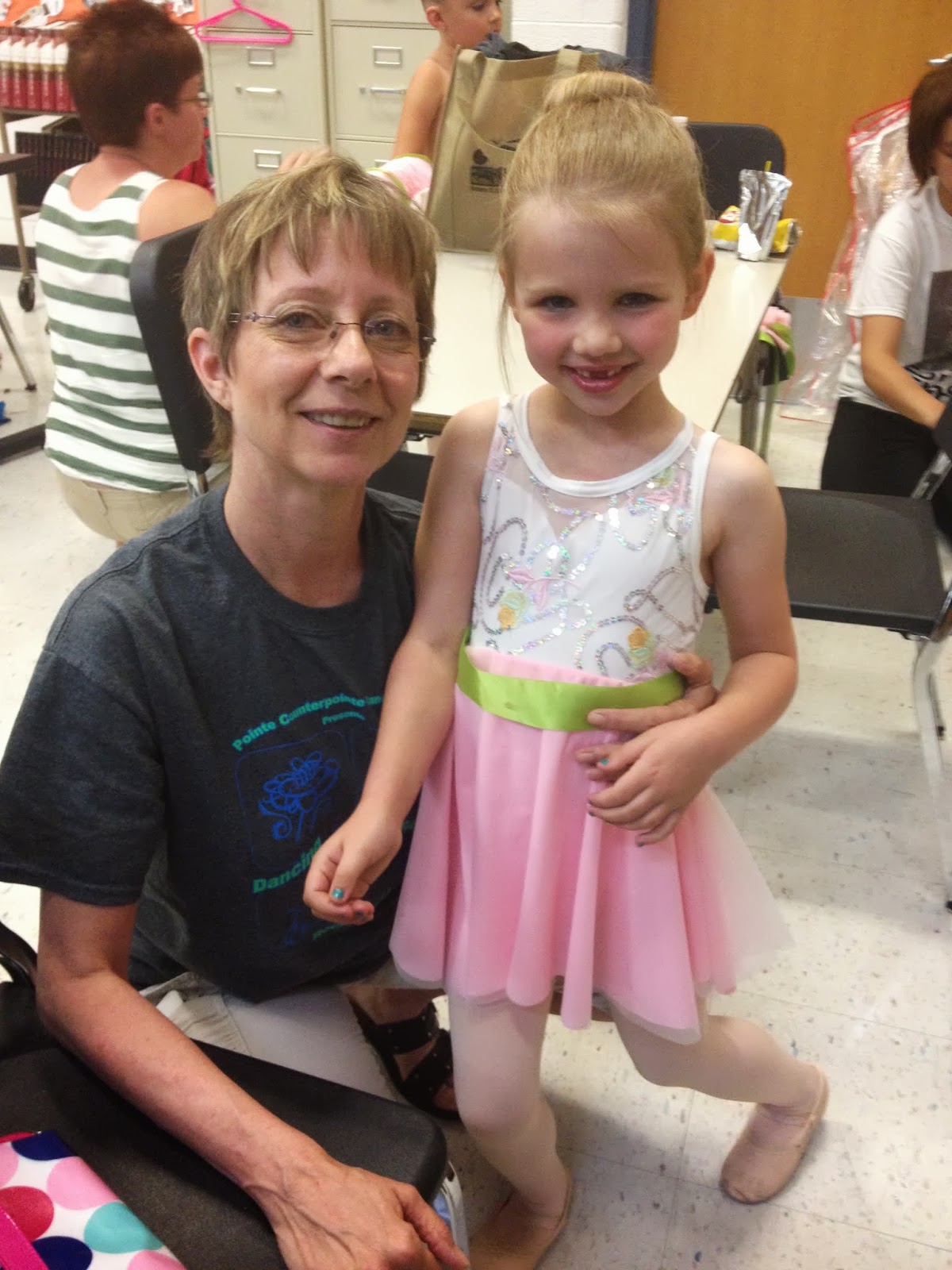 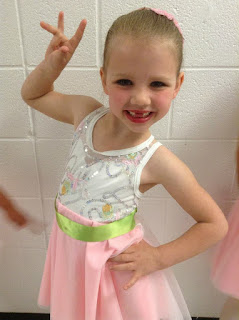 A line of ballerinas! 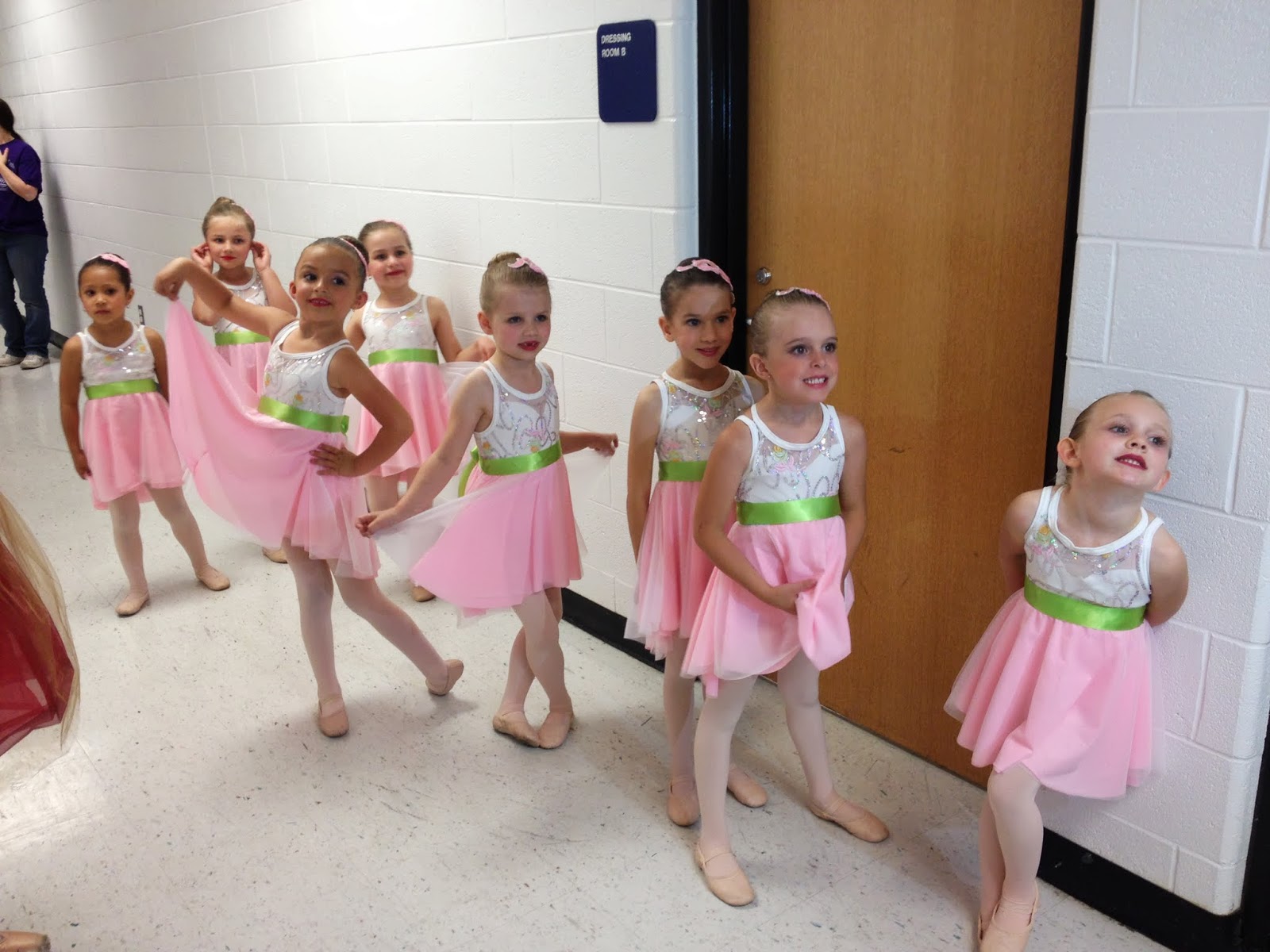 Watching the big girls dance from backstage, just before they went out to perform "Singin' in the Rain". 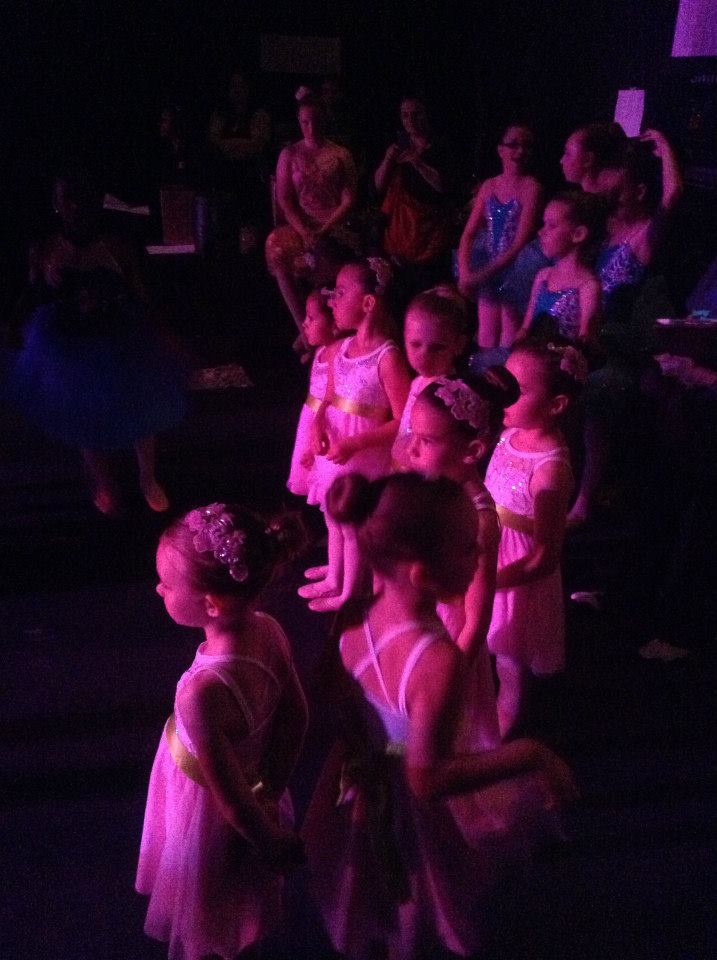 Practicing the Finale with some of the girls. 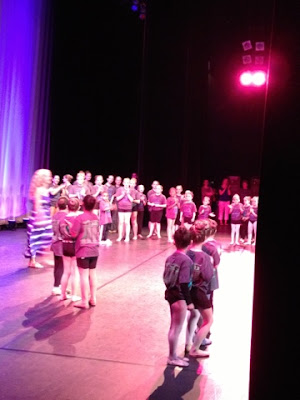 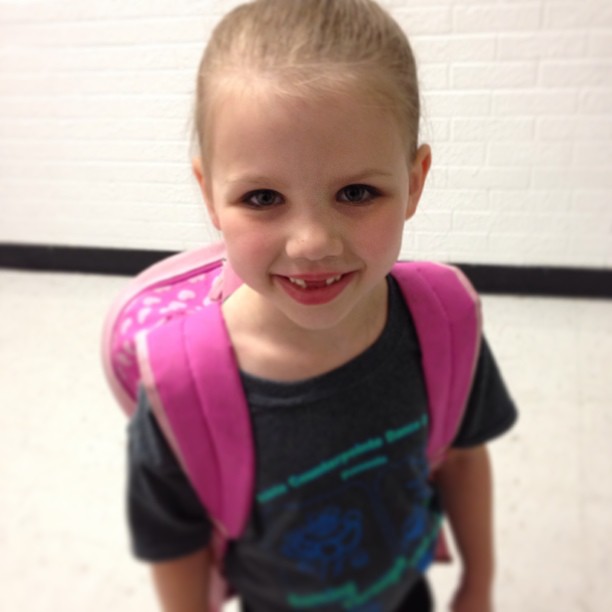 It's been a whirlwind, but it's always so fun to see her smile. I hope she sticks with it, she's actually really good at it and she has made some great friends. In fact two of the girls in her class will also be in her class at her new school next year, yay!

How she's grown! Here is her first recital costume, when she was just 4 years old: 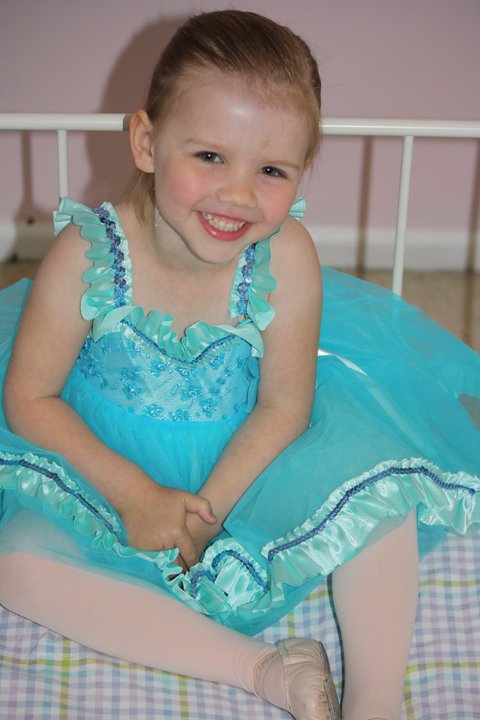 And last year at 5 years old! 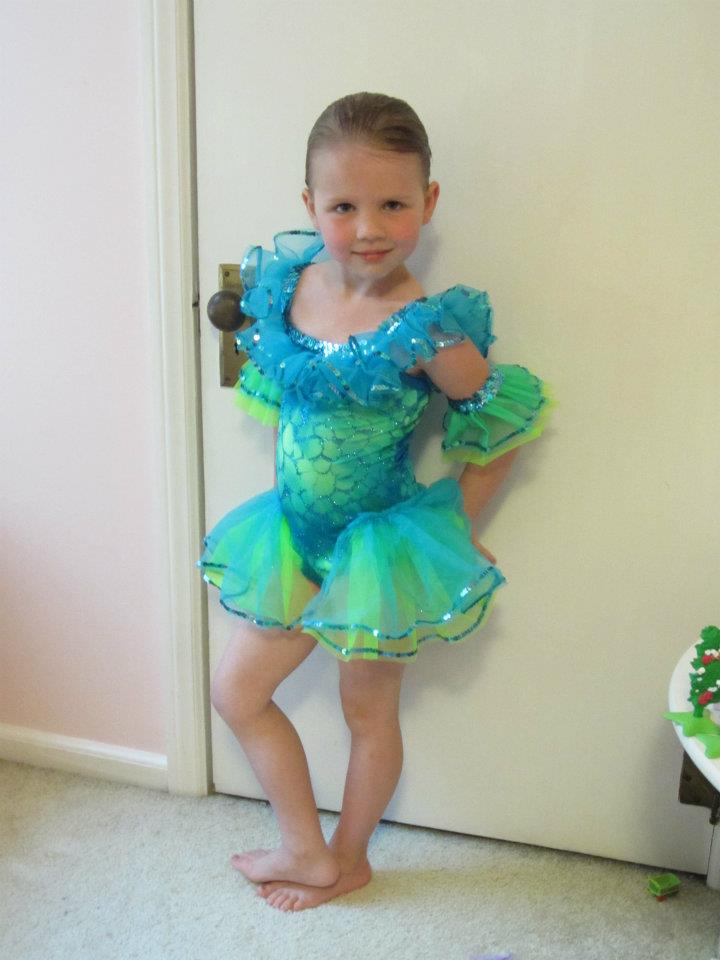 Email ThisBlogThis!Share to TwitterShare to FacebookShare to Pinterest
Labels: family

Abby has a favorite little shop at the mall. :) It's called Glitter, and sells inexpensive costume jewelry and other accessories. Having just survived, er, finished Dance Recital nights, she and I took a little trip to get a pair of new summer sandals for her (hers were way too small!) and then popped in to Glitter as a little treat. :) With most of the jewelry costing only $1, it's the stuff a 6 year old girly girl dreams of! While she was poring over the tables of ring trays I noticed that some of the bigger rings could be pretty brooches. I love to wear scarves, so wouldn't it be fun to bling a few of them up?

Abby found two small rings and a necklace with a peace symbol on it. In the end I picked up these three rings. Not bad for $1 each, huh? 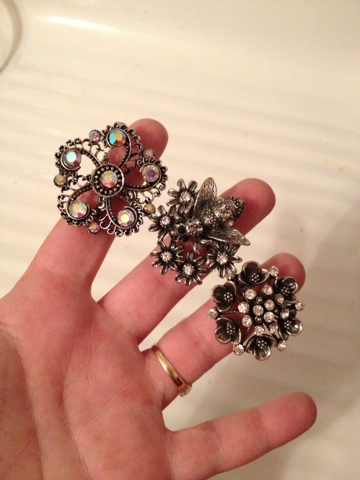 After a little bit of prying, I got the ring backs off. Then I grabbed some small pin backs and my trusty E-6000 glue! 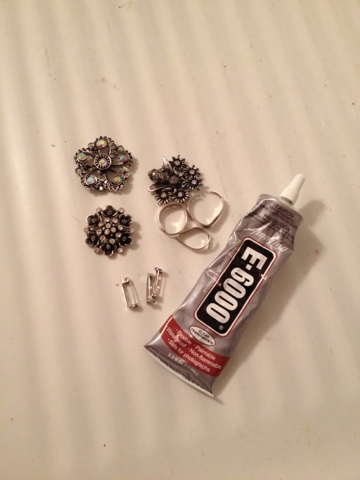 And glued the pins on. I let the pins set up overnight just to be on the safe side. 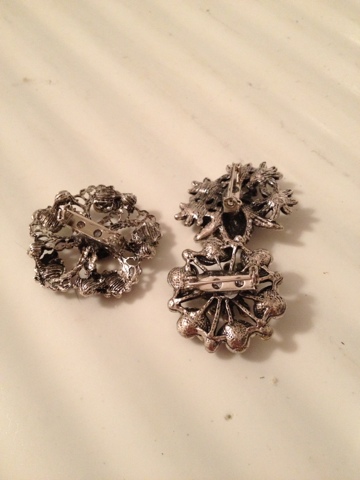 And ta-da! Some pretty, inexpensive brooches to wear! 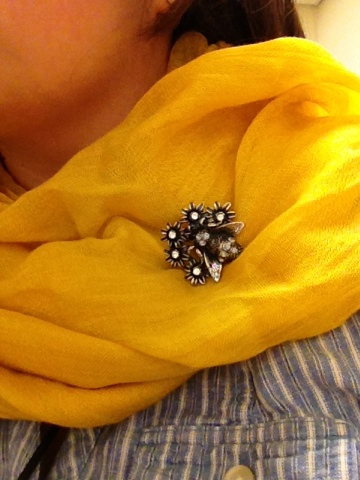 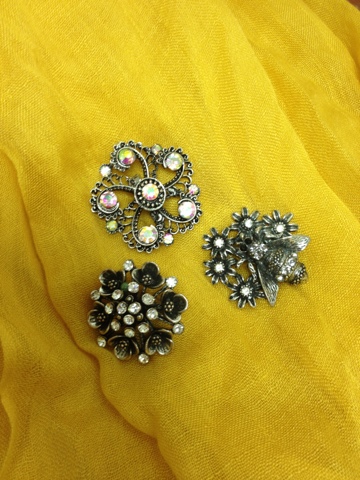 Melanie
Hi everyone! I'm Melanie, a Michigan girl, a wife, and mom to my beautiful son and daughter as well as two lazy felines. I love to try out any kind of art supplies though these days I primarily knit, crochet, make cards & play with stamps. I also work full time at a job I adore so in general I'm pretty busy... I hope you'll enjoy your visit here!

Welcome! Nice to see you!